You ever daydream? I mean really daydream. That process when a thought becomes a little scene playing out in your head, and then that scene turns to a short story. Then before you know it becomes a full-on epic saga! Things like this happen in my mind on a regular basis. For the most part it’s just my fun A.D.D. getting away from me. But on a few occasions, I will stumble upon an original thought.

Recently I was able to put up my first art show. I wanted to title it “Killing and Creation”! The thought has been rolling around my head for years. Once it opened a friend of mine asked me if I would be interested in writing a blog describing the show and the process of which I came up with the idea for the show. So… here I am.

The idea for the series of Killing and Creation came at a very slow pace. I have been a tattoo artist for over 20 years now and the idea for the show occurred to me about 15 years ago. I had gotten back into the medium of ceramics a few years prior and was more or less just playing around, trying to get a natural feeling for the clay. My teachers at the workshop would have a profound influence as they pushed me to grow as a potter.

One day, I still remember, I thought, “huh, I wonder if a tattoo stencil would adhere to the clay body, I don’t see why it wouldn’t.” So, I drew up a Koi fish swimming, and prepped a slab of clay, applied the stencil and BAM! I had a stencil. So, at this point I was like “cool WTF do I do now?” The basic idea was the stencil transfer, but I hadn’t accounted for what to do next. Usually, as a tattoo artist, I’d be like “Line! Shade! Color Fill!” But on a 2D slab of clay, these options were different than drawing. I had to teach myself with some humility relief carving. The Koi slab came out wonderfully, I still have it today in my studio.

I would practice more and figure out the techniques that would work best for me. Trial and error. After a while, I was able to move on from carving into thrown vessels. Some smaller ones at first but then came the day where I threw what I thought was big at the time – my Phoenix vase. Once I carved the vase, and it survived the bisque kiln after Paul our Ceramics technician had it dry out for a month on a shelf. I had a good conversation with him about how to treat the surface. Potters learn the importance of the treatment of your surface. It can make or break the piece. Many pieces in the past ended up as pencil holders, planters, or hidden found objects around the city because of the surface treatment or glaze. I ended up using an Oxide on the outside which turned the best idea. After the piece came out of the glaze kiln, I was awe-struck.

After a few months, maybe a year, I had worked on my carving technique with successes and failures but never achieving what I had done with the Phoenix vase. So, I stepped back from trying to force something. At the time I had also started a sculpture class with a new teacher. He challenged me and pushed me. Eventually, an idea clicked.

So as a tattoo artist since I was 20 years old, I had gone back to college to expand my knowledge in the arts. I had the pop culture aspect of tattoo art, but not as far as worldly art.

At Nazareth college, I would find a love for symbolism within art. This would carry over to the already known knowledge of imagery for certain tattoos. When I would look at the vase, I would see the phoenix and my mind would daydream. The image of a bird growing old, bursting into flames, and from the ashes of his demise would be born a new phoenix, a rebirth. I had tattooed many phoenixes in my day, and I had always loved doing them. Then I thought, I wonder if I could sculpt an arm and apply my carving process to bring the imagery to become 3d instead of the traditional 2d of tattoo art?

Taking it a step further I thought “Would the arm be motionless?” That’s not fun. What about holding or doing something? Then as my brain does it started going crazy. It brought me back to when I had learned how to body paint. Long story short, I was accepted on a tv show called Skin Wars Fresh Paint where they took artists of other mediums and taught them how to body paint. During my time there I learned that the movement of the human body helps add to the paint that is applied to the skin, similarly to tattoo art.

The art is supposed to move with the body. I thought “Is there a way to tie the imagery from the arm design into a symbolic reference of which the arm or hand is doing or interacting with?” The first Idea was the phoenix arm. Birth, life, death, rebirth. I thought, what could mirror that? Simple. Building. A house is built, life is lived in it, and eventually, it is changed, destroyed, and either rebuilt or taken back by the earth. The hand of man builds, and usually takes down these structures in some form or another. Whether it be by hand, failed financial support, war, greed, neglect, etc. So, the hammer as a symbol for construction or building was an obvious choice. The opposite side of the coin is the destructive. A hammer can represent a deconstruction, a symbol of war, and in the most primitive form, an object of destruction.

There was my first idea for “Killing and creation”. On top of this thought, many others started to pour in on my mind, becoming overwhelming at times. It’s weird living in my brain. I would talk to people about the basic thought so as not to give away the full process behind my idea. I had shown my ceramics and paintings off in small galleries in group shows, or in coffee shops, even had a small solo show in a local theater. As far as a legit art show I had none under my belt. My professor from college I had seen out at local festivals while vending saw my work and suggested I apply to a show at my old Alum Nazareth for an art show. This is when I had the thought of putting together this show. I talked about it with friends and teachers, and they fully supported me on this.

So, it was time to start the arm series. I decided to begin with the basics and start from my first original thought. This sculpt was more of a practice of the human hand. Proportions, structure, movement, all of these ideas were daunting, especially since drawing hands was challenging during my career. Trust me hands can be a bitch at first to draw. Sculpting them on the other hand (haha pun!) was just as challenging. My sculpture teacher Dajan was patient with me even though I got frustrated and impatient, and once again the clay would teach me humility. The sculpt of the hand started to come together.

The concept for the original thought was the idea when mankind first tried to make drawings on cave walls to tell our story. The idea that these simple cave drawings led to writing, painting, sculpting, mathematics, so on and so forth was mind-bending. So, this sculpt was a simple hand in the pose of holding a pencil to draw, and off the attached forearm are abstract shapes symbolizing the complexities of the human mind. This piece was the one to start the series. Soon I would be sculpting arms and hands holding different items such as the phoenix and hammer, Dragon arm holding a cup, Buddha arm holding a lotus flower on top of a cell phone, and the octopus arm reaching for a heart. The whole time I would also be doing smaller sculpts on the side and carved vases.

So, it came to apply for the art show. It was during the pandemic, so everything was up in the air, and I had pushed off applying for a year so it was now or never. When I applied to the Colacino Gallery at Nazareth for the solo show I was slightly nervous that I wouldn’t make it despite what my friends would say.

It took a month before I heard back but finally, the day came that I had been accepted. Oh shit, it’s happening! I thought to myself, this show I have been working on and still at that point still had so much more to do was happening. Mentally and physically I still had a lot to do. I still tattoo a full schedule at this point on top of teaching at the Memorial Art Gallery plus all the other aspects of my life, relationship, friends, fitness, self-care. This year was going to be crazy. Which it was.

The months before the show I would sculpt my ass off, made work I was passionate about, frame it. Got to work with some friends on how these frames would work with the pieces. Then came the day to hang my show. My wonderful partner Amanda and I loaded up the cars and drove all the pieces to the gallery. We met with the head of the art department, Holland, and my professor Mitch who both helped us lay out the pieces and hang them. I don’t know what I would have done if no one was there to help.

Only had one tragedy. I had used the wrong hanging nails for the octopus’ arm. This huge arm was being held up by two small framing nail hooks. A minute or so after hanging the piece the nails gave way and the arm smashed to the ground into dozens of pieces. Everyone’s face went into shock and horror. While I felt completely destroyed and embarrassed, I was more like “Oh well”. I’ve tried not to become attached to my pieces, but I do. It was off-putting and felt uncomfortable but eventually, after talking about it I had let it go.

The rest of the gallery looked fantastic after we set it up. The big black frame we had for the octo arm still held the heart at one side so with some consulting we counterbalanced the piece with my monster tattoo machine. A quick day sculpt I had done, and thought was pretty fun.

Well the show is up and this blog is way too long, but hey it’s my first so congratulations for making it this far in my stream of consciousness. After the show was hung a huge weight was lifted from my shoulders. The stress was gone, and an emotional sense had set in. It felt a sense of loss from the octopus arm but it was balanced out with joy for all I had accomplished. I had made it here. A goal I had set, a dream I brought to life. A show that lets the viewers see what happens in my head daily. My daydreams.

Killing and Creation, A Show by Jason Ferguson 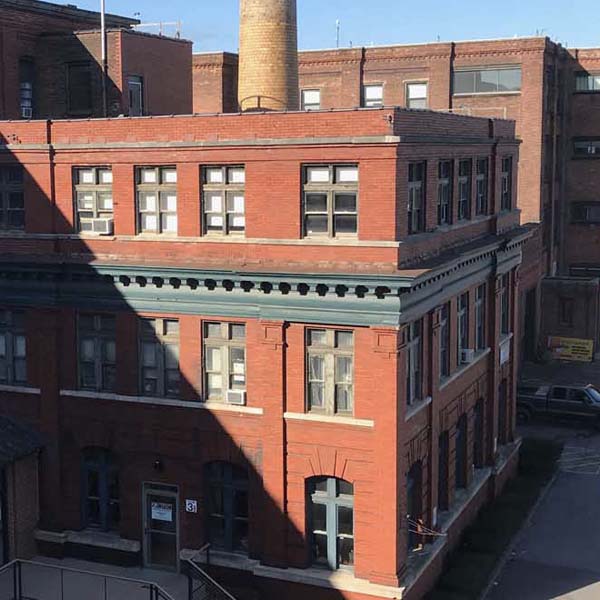 The Hungerford is a collection of artists, artisans, craftspeople, makers, and assorted small business.